Traceability, China and the California Drought

NASA GRACE satellite data reveals the severity of California’s drought on water resources across the state. This map shows the trend in water storage between September 2011 and September 2014. Credits: NASA JPL

I’ve spent a good amount of time in China over these past several years.  Through my travels, I’ve developed several key insights into the demographics, economics and consumer behavior patterns of this continually growing nation that will have direct impact around the globe for years to come.

Over the next five years, there will be over 350 Million Chinese citizens moving from lower income levels to the burgeoning middle class, giving them increased buying power and the ability to seek better medicines and healthier foods for their consumption. This surge in population economics is having a global effect, creating demand from producers around the world.

One of the biggest challenges in feeding this demand, along with that of the rest of the world, is access to natural resources.

If you think about California, one of the largest agricultural producing states in the United States, the serious implications its been going through over the past four drought-ridden years has global consequences.  We are seeing production volumes drop because of this critical diminished natural resource. In the context of food production alone, water is becoming the scarcest resource in the world.

With farming in China or other foreign countries, there is an added layer with water safety and quality. The water challenge is two-fold.  One is its volume and scarcity and the second is its qualitative aspects to produce healthy items.

Quantity…
As we start to think more about this, the amount of water it takes to produce animal protein is significant. The cost of animal protein is much greater than plant-based protein.   For the long term, the production of plant-based proteins will have to increase to help feed the world with the proteins we need to sustain ourselves as humans.

Quality…
Similar to the early years of the Organic movement, the non-GMO movement has tremendous momentum.  This indicates that being able to trace and validate organic, non-GMO sourced plant proteins will be a major factor in the near future for food producers to meet consumer demands.

Fortunately, the scalability and mobile capabilities of Frequentz’s technology are ready today to enable food producers to track products throughout the entire supply chain and ultimately assure authenticity and quality that future consumers will demand.

Watch a video about mobile traceability.

Please visit again and connect with us anytime at frequentz.com/social or email blog@frequentz.com 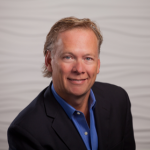 About Charlie Sweat
Charlie Sweat serves as CEO, Chairman & Founder of Frequentz, the leader in global traceability solutions.  He is an alumnus of the Stanford University School of Business (SEP) and a former Alumni Board of Directors. Prior to Frequentz, Mr. Sweat served as CEO of Earthbound Farm. During his 15-year tenure with Earthbound Farm, Mr. Sweat was able to grow its business from $10 million to over $540 million in revenues. Early in 2014, he led and completed its sale to WhiteWave Foods, Inc. on behalf of its shareholders, including private equity firm Kainos Capital, for approximately $600 million. Mr. Sweat has been recognized as a Regional Winner and National Finalist in the 2011 Ernest and Young Entrepreneur of the Year Awards. On top of his current role at Frequentz, he is a board member of two privately held companies, as well as Global Green USA, a non-profit organization.