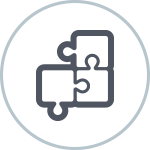 The Frequentz team is made up of experts from a wide array of industries including technology, agriculture, retail, pharmaceuticals, hospitality, and automotive. With so many unique perspectives, our team is able to use our collective knowledge base to make comprehensive decisions that benefit all aspects of our customers’ businesses.

Charlie Sweat is an alumnus of the Stanford University School of Business (SEP) and a former Alumni Board of Directors. Prior to Frequentz, Mr. Sweat served as CEO of Earthbound Farm. During his 15-year tenure with Earthbound Farm, Mr. Sweat was able to grow its business from $10 million to more than $540 million in revenues. Early in 2014, he led and completed its sale to WhiteWave Foods, Inc. on behalf of its shareholders, including private equity firm Kainos Capital, for approximately $600 million. Mr. Sweat has been recognized as a Regional Winner and National Finalist in the 2011 Ernest and Young Entrepreneur of the Year Awards. In addition to his current role at Frequentz, he is a board member of two privately held companies and at the nonprofit Global Green USA.

Byron S. Lee serves as Chief Technical Officer at Frequentz. Mr. Lee holds an M.S. in Electrical Engineering from Stanford University and a B.S. in Electrical Engineering and Computer Sciences from the University of California at Berkeley. Previously, Mr. Lee was VP of Engineering at Abaca Technology, which provided the highly scalable Machine Learning Anti-Spam solution used by Yahoo to process over 5 billion messages a day. Before that, he was VP of Engineering at M-Factor Inc., whose Marketing and Predictive Analytics SaaS platform provided Marketing Investment Management for CPG companies such as The Coca-Cola Company, P&G, and WhiteWave. Mr. Lee has also held executive positions at LogLogic and AlphaDetail, and researched Storage Systems at the IBM Almaden Research Center. Mr. Lee specializes in Analytic Products & Technology, including data integration & ETL, relational & no-SQL databases, distributed systems, OLAP, Data Science & Machine Learning, and Visualization.

Art Kaufmann serves as Chief Software Architect at Frequentz. Mr. Kaufmann holds a Bachelor of Science in Mathematics and Computer Science from UCLA. He comes to Frequentz with extensive experience, having previously held the title of Senior Software Engineer at IBM’s Infosphere Traceability Server for three years. Prior to that, Mr. Kaufmann was a software engineer with FileTek, a provider of large-scale storage virtualization, data management, and information governance solutions. Mr. Kaufmann also enjoyed a long tenure at Teradata, the world’s leading analytic data solutions company, where he held the position of Senior Software Engineer. Currently Mr. Kaufmann is an active member in the GS1 US Healthcare Secure Supply Chain Working Group and the GS1 EPCIS 1.1. Standards Maintenance Working Group.

Frankie Terzoli serves as Vice President of Global Sales at Frequentz. Mr. Terzoli started his pursuits at the age of 10, and focused specifically on the quality and authenticity of seafood, as well as its global sustainability. He immersed himself in learning every aspect of the seafood industry, going so far as to become licensed as a Captain at the age of 22, and emerged as an industry expert. Transferring his seafood expertise into the culinary world, he was also crowned a winner of Cutthroat Kitchen in August of 2013 and has appeared on several network television programs. Mr. Terzoli is an author, holds several certifications related to his field, and has lived in more than 25 different countries. In his spare time, “Frankie” blogs about seafood at frankiethebull.com.

Graham Stanley serves as Director Solutions Architecture at Frequentz. Mr. Stanley holds a Bachelor of Arts with Honors in Computer Science from Trinity College, Dublin. He comes with in-depth implementation experience with numerous Frequentz clients, having spent eight (8) years with the Traceability Server product at IBM before transitioning to Frequentz. Mr. Stanley spent the previous 20 years in the technology industry, including time with EDS, Eicon, Planet U, and Trigo.